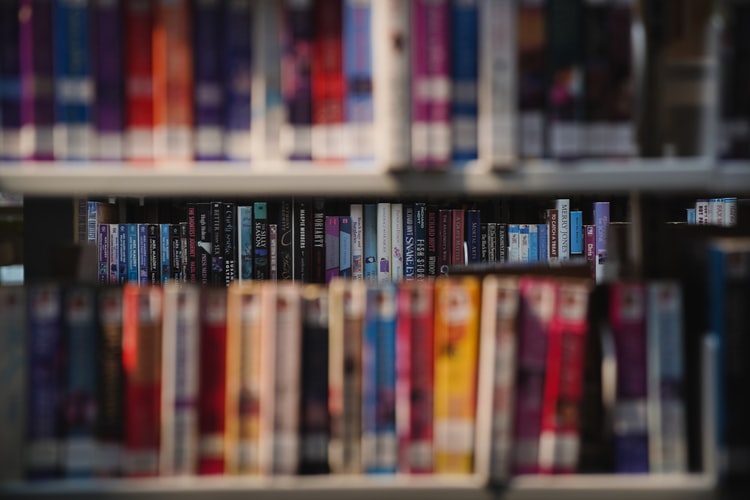 Words cannot describe the indelible mark Disney has made on the world. From animation to theme parks, merchandise to multimedia, Disney is everywhere. But, perhaps the most effective, Disney has managed to triumph over our hearts.

Whether you’re looking for stories and history about Walt Disney himself or searching for insider info from a Disney cast member, we put together a list of the top 14 books about Disney that’ll keep your Disney fix alive and well for quite some time.

1. Who Was Walt Disney? by Whitney Stewart

It has been said, “There will never be another Walt Disney.” But, if you’ve ever hoped of keeping his legacy alive, Who Was Walt Disney is an essential kick starter. Geared toward young readers, this truncated yet comprehensive mini-biography reveals the rags-to-riches tale of the man behind the magic.

2. Walt Disney: The Triumph of an American Imagination by Neal Gabler

One of the most insightful books on the man, the myth, the legend…Walt Disney. Winner of the Los Angeles Times Book Prize for Biography, Neal Gabler’s magnum opus provides an in-depth glimpse into the life of America’s most beloved visionary. Take a journey through Uncle Walt’s imagination, stockpiled with dreams, disasters, achievements, and clandestine secrets.

Do you love animation? Now you can learn from the best of the best. Walt Disney’s core animators, known as his “Nine Old Men,” created some of Disney’s most renowned works, altering the course of animation history forever. This clever cavalcade also helped define and refine the twelve basic principles of animation. Under their doctrine, follow Disney icon Andreas Deja as he presents lessons in drawing, story structure, technique, execution, and more. Each lesson will further broaden your creative perspective and expand your approach to character animation.

Walt Disney transformed cartoons into masterworks. However, it would have never been made possible had it not been for the help of several gifted women. Focusing solely on talent, Disney summoned female artists to further develop his skill of storytelling. He invited and encouraged women to join the animation club for the first time in history. Featuring a multitude of private collections and accounts, as well as never-before-seen photography and artwork, this jubilant tribute redefines the history of animation, giving life to the integral artists whose contributions and history have laid dormant for far too long.

Once upon a time, Walt Disney dreamed of creating the ultimate entertainment epicenter. It would take countless artists, architects, and engineers to turn this dream into a reality. No one understands this better than award-winning writer Chris Nichols, author of Disneyland. Humbly providing a triumphant pictorial history, Nichols shares an endless score of documentation, private archives, and expertise to expose the enchanting tale of the happiest place on Earth.

6. Walt Disney Imagineering: A Behind the Dreams Look at Making the Magic Real by the Imagineers

7. Walt Disney Imagineering: A Behind the Dreams Look at Making More Magic Real by the Imagineers

Each of these books is an attraction in and of themselves. Assembled with the same tender love and care as the parks themselves, these fully illustrated textual celebrations of imagination and technical knowhow provide readers with a lavish array of architectural drawings, character designs, models, and original artwork. If you love the parks, these are the books are for you!

8. One Little Spark!: Mickey’s Ten Commandments and The Road to Imagineering by Martin Sklar

Marty Sklar, former president of Walt Disney Imagineering, set out to create the Mouse Manifesto, Mickey’s Ten Commandments. This compilation of principles and philosophies would later be used as the ultimate code of standards for the creative organization. This book affords readers with insights and advice from Sklar, along with a myriad of Imagineers from around the world. If you ever wanted to spend a day in the life of a Disney Imagineer, now is your chance!

9. It’s Kind of a Cute Story by Rolly Crump

Full of panache, overflowing with whimsy and bursting with over 200 photos, It’s Kind of a Cute Story paints a vivid exploration of Rolly Crumps’ illustrious career as an Imagineer. Highlighting several accomplishments, including designing a plethora of Disney’s most famous attractions (The Haunted Mansion, Enchanted Tiki Room and Adventureland Bazaar), this colorful autobiography invites you to step into a cheerful narrative and take an unforgettable ride with a living legend.

10. The Haunted Mansion: Imagineering a Disney Classic by Jason Surrell

There is only one ride in all of Disney history that possesses the mystical powers to assemble such a devoted and spooktacular fandom: The Haunted Mansion. Laden with rare conceptual sketches and comprehensive architectural drawings, Jason Surrell captivates readers with ghoulish delight, as he sends you on a backstage tour, from inspiration to reality.

11. DisneyWar by James B. Stewart

12. The Ride of a Lifetime: Lessons Learned from 15 Years as CEO of the Walt Disney Company by Robert Iger

Indisputably one of the world’s most noteworthy CEOs, this memoir reveals valuable lessons in leadership, while delighting Disney fans and novices alike. This #1 New York Times Bestseller shines an introspective light on Iger’s guiding principles (optimism, courage, decisiveness, fairness), all of which can be attributed to his success.

If you’ve ever been to Disneyland you’ve probably noticed how everything is clean and pristine! Here is a little insider info for you…it takes more than just pixie dust to get the job done. Teeming with heartwarming triumphs and heartbreaking tragedies, this affectionate memoir follows the real eyes and ears of The Happiest Place On Earth and the lives of those who live to keep the magic alive for their guests: the world-famous Disneyland Custodial Team.

14. From Dreamer to Dreamfinder: A Life and Lessons Learned in 40 Years Behind a Name Tag by Ron Schneider

Filled with stories of pain and glory, former Disney cast member, Ron Schneider, gives you a behind-the-scenes tour through 40 years in the entertainment field with Disney, Universal, and Six Flags Magic Mountain. This intimate autobiography is chock-full of love, laughs, and the inside scoop on how the magic is made.